These counselors always know my name.

It’s just that they don’t know me.

She tucks strands of wispy brown hair behind her ear, then points to the chair she wants me to sit in.

I lean against the window sill instead so I have full view of the room and door. The window is open and a breeze carries in the green scent of fresh cut grass. I’d rather be outside.

Her face cracks, but I don’t care. That’s the problem with people these days, getting too familiar when they’ve got no right to be.

There’s a ceiling-to-floor bookcase. Some of the shelves hold stuffed animals, dolls, toy cars and trains. There’s a jar full of red jelly beans. A half-dead bonsai peeks from behind a stack of plastic blocks. There are heaps of comics, and lots of books. Some have leather covers, others with bright cartoon drawings. There’s a bunch featuring pretty girls in princess dresses, who don’t look a bit like me, even though they are.

I have super powers and super smarts too. I could be lost royalty, forgotten and hated by mean people in an uncaring world. Except in the end, I never get justice or love, or a slice of the happiness pie in the end.

“Each time you visit, you can take one item from the bookcase. Go ahead, pick something,” she says, just as my eye catches on the only thing that interests me. It’s on the top shelf, still in the original box. It sits crookedly between a Raggedy Ann doll and a pink plastic piggy bank.

“Call me Sarah,” she says, nodding to the chair.

This time I take it.

I check out my new pteranodon. I flex the beaky jaw and hinged wings. I run my fingers long the crown-like crest and the smooth beady LED light eyes. It doesn’t have teeth. It’s not a horrible representation of a pteranodon, even though I have doubts about the colors. Purple and orange?

I’ve decided to name him Fist.

I roll my eyes. “Not everything that flies is a bird,” I say.

Her face lights up. “But birds evolved from dinosaurs.”

“True. But the flightless kind. And there’s some debate if pteranodons are even dinosaurs at all.”

Fist gracefully angles his left wing up, then down.

“Really?” She nods sideways at me. I can tell she’s impressed, but not surprised. She’s got my test scores in that file, too.

“Google it, if you don’t believe me.” I flip Fist over and pop open the battery cavity in his belly. There aren’t any batteries powering him, yet I feel his life vibrating beneath my fingers. And he is warm.

Sarah sits on the other side of the desk and looks at me through narrowed eyes. “Do you know why you’re here, Taiyesha?”

I almost laugh, because she’s not slick and that’s a stupid question. “Don’t you?”

Fist exhales a long low grumble, and turns an intelligent gaze on Sarah.

I slide down in the chair so my braids hang over the back and wave like a waterfall. Fist sits on the edge of the desk between us.

“You’re here because we’re trying to determine if public school is the right place for you, considering this last incident.”

She waits for me to say something. I don’t.

“My job is to determine if this is true.”

I sit up. Fist cranes his neck to look at her too. “But how can you? You don’t know me.”

“My job is to get to know you.” Her smile is different this time. Not as friendly. Not as sincere. The kind of smile adults plaster on when they intend to do things they know might be wrong, but are going to do anyway.

I don’t hold back my laughter this time. Just like her smile, it’s not friendly or sincere.

“Tell me,” says Sarah, glancing down at her papers, “about the incident in Mr. McArthur’s class.”

I remember the way the class went silent when Mr. McArthur tried to grab me. I remember his sour coffee breath and red face. His nasty smile. I had made him angry.

My legs got tangled with the chair’s when I jumped up to dodge Mr. McArthur’s grasp. I almost fell. He’d meant to throw me out of the classroom.

I look up and realize I’ve stopped breathing and my eyes are watery.

“Mr. McArthur is not a good teacher,” I say.

Fist turns on delicate feet and stomps toward the center of the desk.

Fist nips at a paper under foot and rips the edge off with a screeching howl.

“I followed MR. MCARTHUR’S CLASS RULES. I was #1, when everyone else was talking. I did #2, until my arm went numb. When he called on me, I did #3, using my inside voice and proper English. He called me stupid, otherwise I wouldn’t be in remedial classes.”

I shrug, but I feel like crying or punching something, because I’m not stupid.

Fist’s wings wiggle up and down in time with mine.

Sarah says nothing to this, but I can see the change in her eyes, the wonder, and the shame. “I told him that he was just mad that I knew more than him. He could’ve just Googled it, if he didn’t believe me.”

“Google what?” She hands me a tissue. Fist just misses clamping onto her wrist before she pulls her hand back.

“Pteranodons don’t have teeth.” I wave the tissue at Fist, instead of wiping my nose. “Mr. McArthur was just mad because the class laughed at him.”

“I see.” Sarah sits back. “Mr. McArthur says you tried to hit him?”

Fist shakes his head and I do too. His purple body glows neon. My face is hot and my heart crashes against my ribs. I swipe the tears away before they fall.

I squawk-roar until my throat is sore. It’s not fair that everyone took his word over mine and my classmates.

We roar and thrash about on delicate feet, ripping paper to ribbons, flapping wings burning with life. We head for the window, for the bright blue horizon.

We head for a slice of the happiness pie. 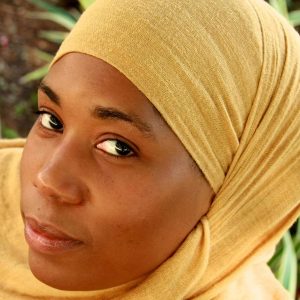 This story’s illustration is by Kosmic Arts!