RAWR! Thank you to all the wonderful authors who submitted stories to us during the open window! We had a total of 205 submissions during the open reading period; Editorsaurus Merc Rustad sent out 35 hold notices, and accepted 6 stories in total for the anthology. It was a joy to read all your awesomesaurus words. <3 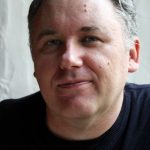 Aidan Doyle is an Australian writer and computer programmer. His short stories have been published in places such as Lightspeed, Strange Horizons, and Fireside. He has been shortlisted for the Aurealis, Ditmar, and XYZZY awards. He has visited more than 100 countries and his experiences include teaching English in Japan, interviewing ninjas in Bolivia, and going ten-pin bowling in North Korea.
Twitter: @aidan_doyle 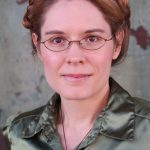 Nebula-nominated Beth Cato is the author of the Clockwork Dagger duology and the new Blood of Earth Trilogy from Harper Voyager. She’s a Hanford, California native transplanted to the Arizona desert, where she lives with her husband, son, and requisite cats. Follow her at BethCato.com and on Twitter at @BethCato. 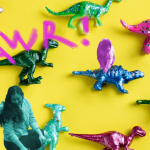 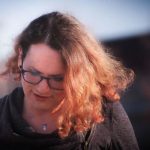 Izzy Wasserstein is a writer of poetry and fiction. Her work has recently appeared or is forthcoming from Clarkesworld, Apex, and Fireside Magazine, among others. Her most recent poetry collection is When Creation Falls (Meadowlark Books, 2018). She shares a home with the writer Nora E. Derrington and a variety of fury companions. Reports that she is, in fact, a cyborg fox remain unconfirmed.
Twitter: @wasserst 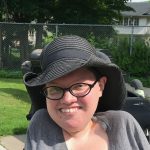 Jennifer Lee Rossman is an incurable dinosaur nerd. Jurassic Park has been her favorite movie since she was four, and she was that annoying child who complained to waiters about the scientific inaccuracies on the dinosaur placemats. Her debut novel, Jack Jetstark’s Intergalactic Freakshow, will be published by World Weaver Press in December. Alas, there are no dinosaurs in it.
Twitter: @JenLRossman 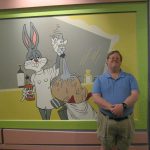 Michael M. Jones lives in southwest Virginia with too many books, just enough cats, and a wife who prefers her mad science to be of the social varieties. His stories have appeared in numerous anthologies and magazines, such as Clockwork Phoenix 3, Utter Fabrication, and E is for Evil. Daphne and Camille first appeared in “Saturday Night Science,” in the first issue of Broadswords & Blasters. Michael also edited the anthologies Scheherazade’s Facade, and Schoolbooks & Sorcery. For more, visit him at www.michaelmjones.com.
Twitter: @oneminutemonkey

The rest of the online-scheduled fiction will be published as planned! We’ve commissioned artwork for all the new hatchling stories, and the plan is to send the ebook/print book of ROBOT DINOSAURS! to the printers by October 1st, 2018. This means you should be getting your claws on the finished product by December—just in time for gift-giving and curling up in a warm nest to read on the snowy days to come!

Editor Merc Rustad has this to say:

“Yes, there will be a volume 2 of ROBOT DINOSAURS! Plans are in the works. This has just been so much fun, and I loved so many stories I saw in the slush—I couldn’t say yes to all of them right now, but let’s just say I have asked to hold on to several stories for next year’s season of robot dinosaur fiction! And yes, there will be another open submissions period early next year, and I will be soliciting more authors for the second volume. RAWR!”